The Block class has a number of virtual functions that can be implemented by a concrete block class. These functions are intended to allow the simulation to be initialised in an orderly fashion. The initialisation is subdivided into a number of steps. This allows one class to initialise data in an earlier step and another class to access that data in a subsequent step, knowing that it has already been initialised. In the previous sections we have already come across some of these methods. In this section a complete reference is given.

By default all of the initialisation methods are defined as empty functions. They may be overridden but they don’t have to be. In the following a brief description of each function is given.

This is the main initialisation routine. This is the place where most of the set up should go.

Below is a flow diagram outlining the parsing and the initialisation sequence. 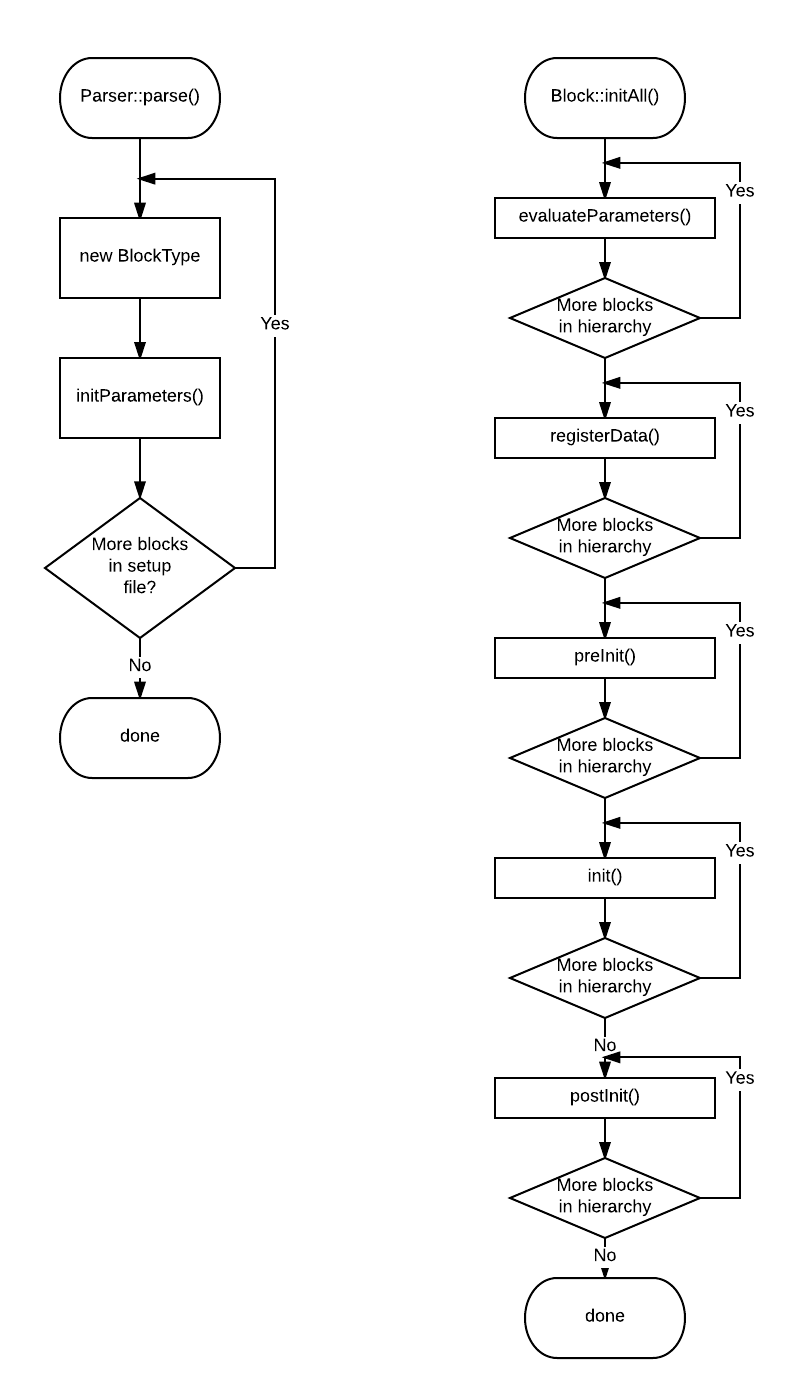 In order to clarify the flow using an example, let’s look at the following setup file.

We assume here that the blocks Particle, Force, and Nested have been set up with the parser according to the structure found in this file. The parsing and the initialisation sequence is then

This example illustrates in which order the initialisation functions are called. Notice how the each routine is called for each block in the order they appear in the setup file. This ordering is guaranteed by Schnek.

The code for this example can be found here and the setup file is located here.